I once DJed a wedding where the officiant told guests during the wedding ceremony that the unity candle, “comes from popular TV show Survivor.” It was the perfect moment when I could tell who in the crowd was paying attention, because many smiles turned into puzzled faces. This officiant said some other questionable things during that ceremony, but I’ve planned another post about “stuff inexperienced officiants say.”

In the meantime, I thought about some of the many modern wedding traditions I witness each weekend. If they didn’t come from Survivor, where did these traditions come from? So I did some digging and it turned into a deep dive behind the strange and sometimes even shocking origin stories behind many of wedding traditions we take for granted. Ready for an adventure? Let’s start at the top. 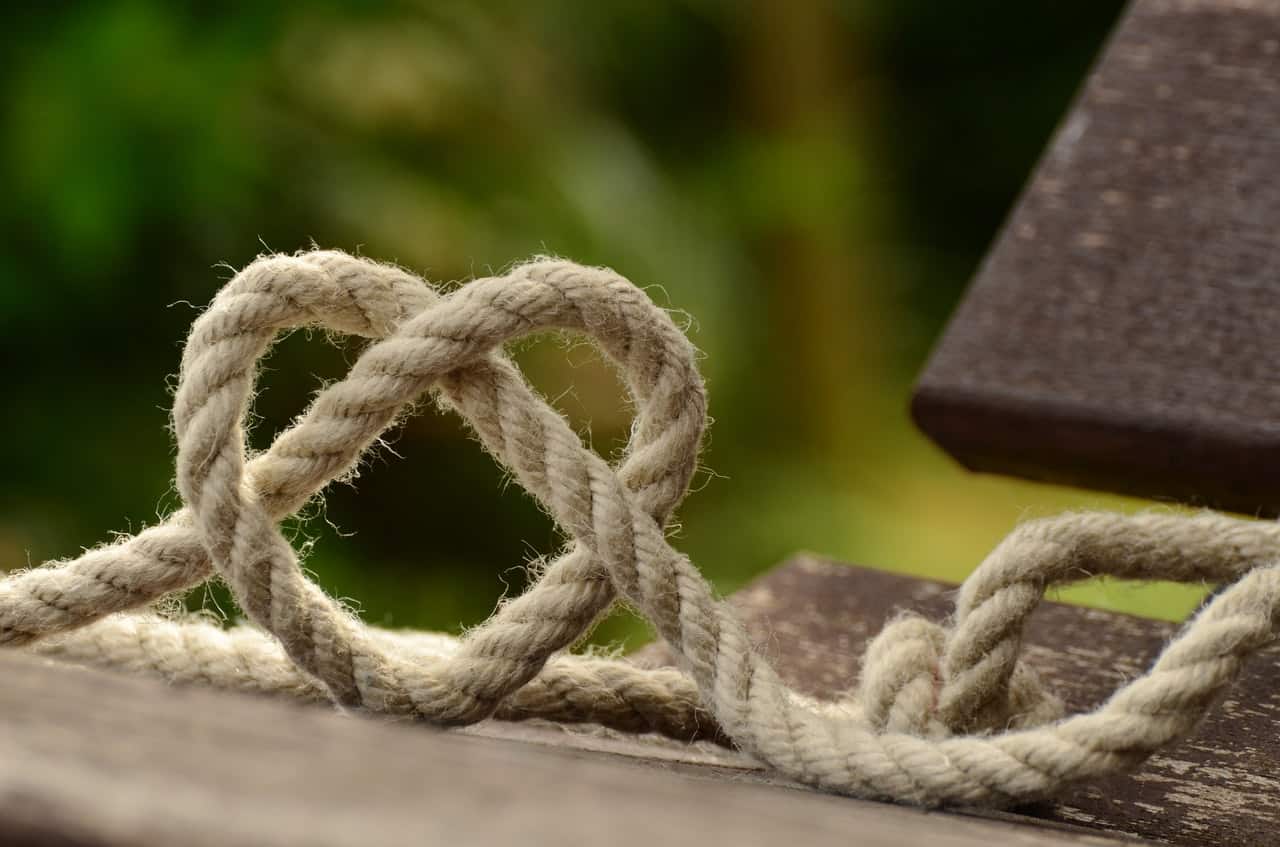 I caught on to this tradition when I witnessed an actual “tying the knot” during a wedding ceremony. It’s actually a part of a few different religions, and seems to come from the Roman Empire. Before the “consummation of the marriage” the groom would have to untie a series of knots on the bride’s girdle. Later, this turned into tying the couples hands together. I’ve seen this a few times at weddings. There are some other versions of this in other cultures as well. 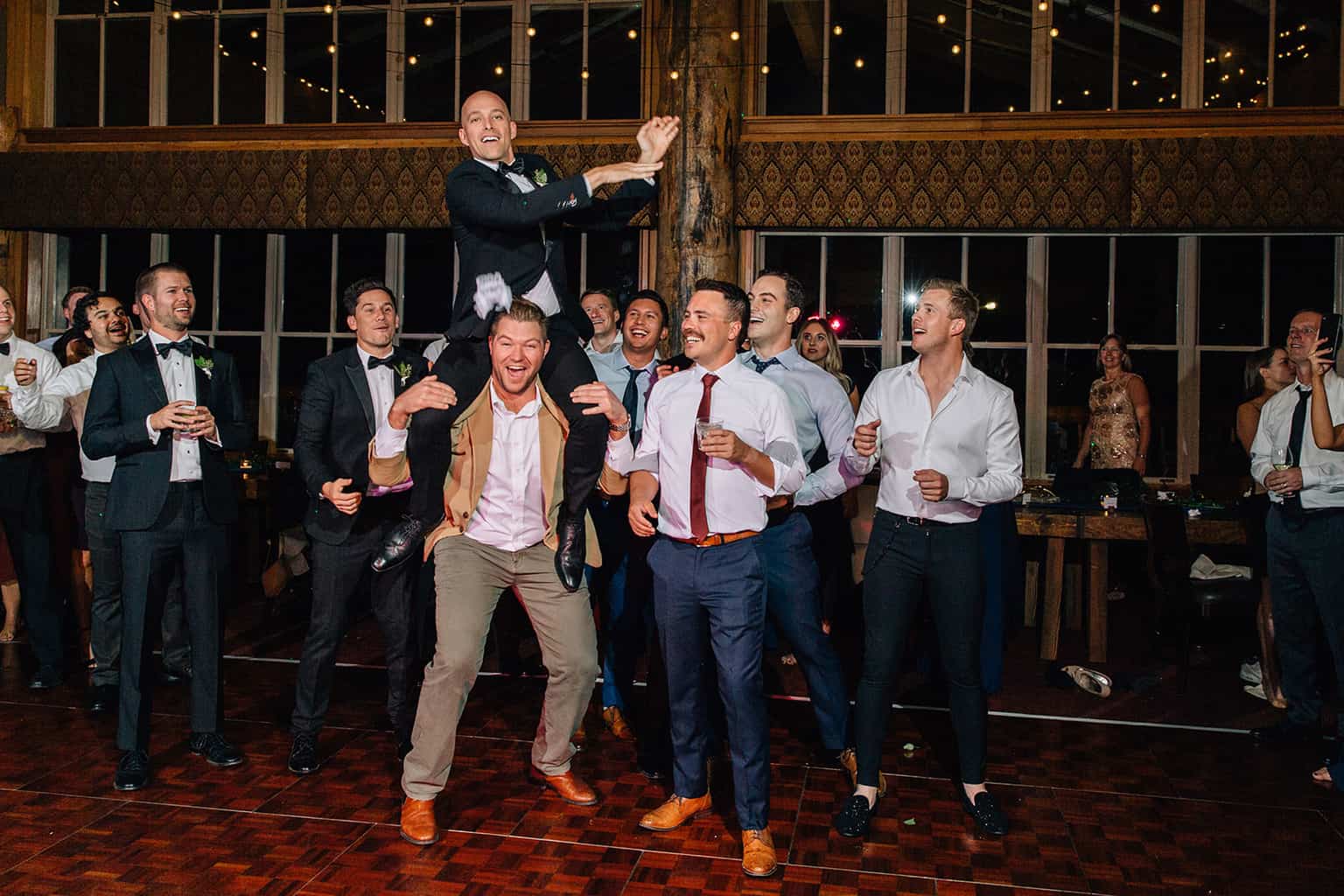 Now it gets even weirder. In medieval England and France, wedding guests were obsessed with finding out whether or not a marriage had been consummated. They would sneak into the wedding chamber to feel the bride’s clothes and even worse, they would literally tear the clothes off of the bride. And we thought tabloids and paparazzi were bad! The whole purpose of the garter was to calm the mob of creeps and give them something to take. Yikes. 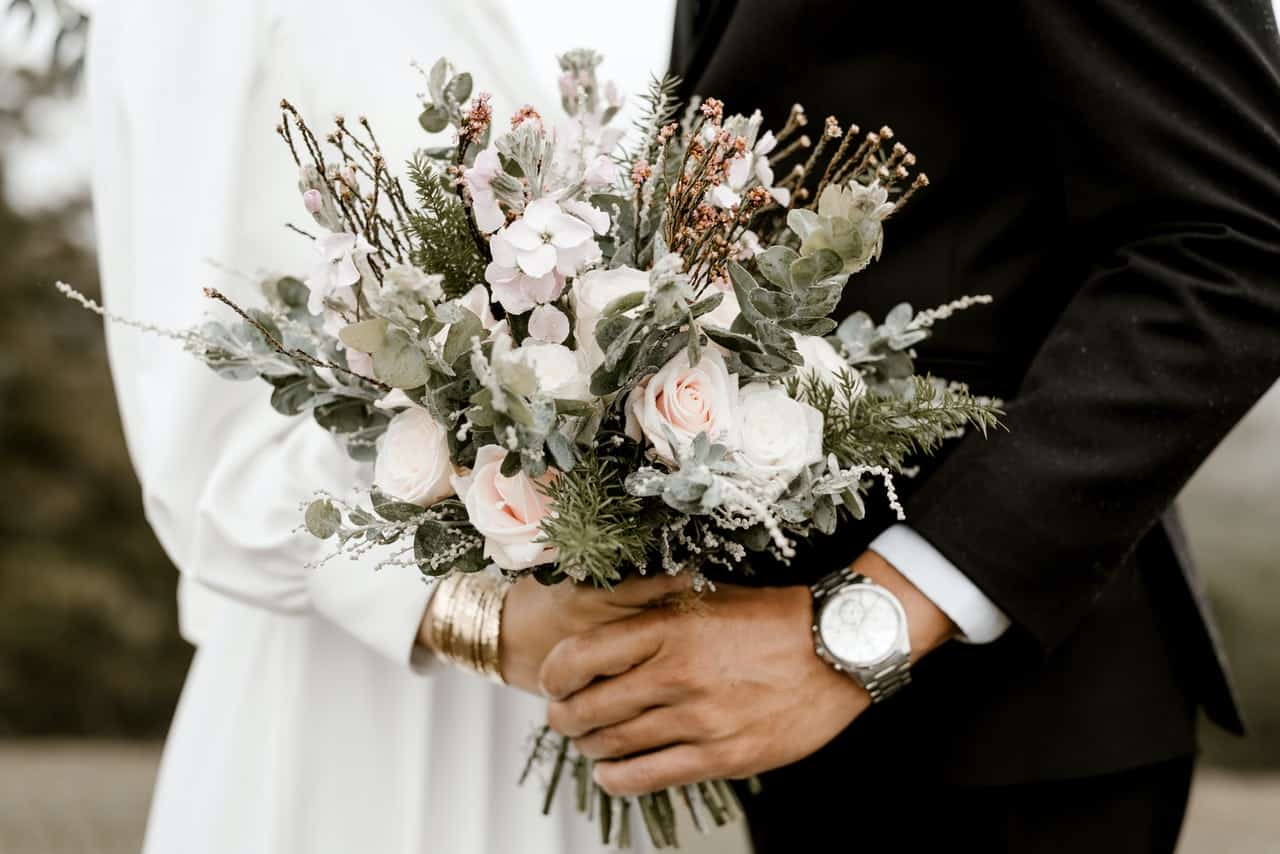 It wasn’t always the bouquet the bride carried. At one time, it was garlic and dill/rosemary to ward off evil spirits or ward off the plague or mask the stank that everyone carried with them in those days, depending on who’s telling the story. Luckily, those spirits eventually chilled out, the plague ran its course and running water + deodorant killed the stank. I’m sure my wedding florist friends are glad this one changed! 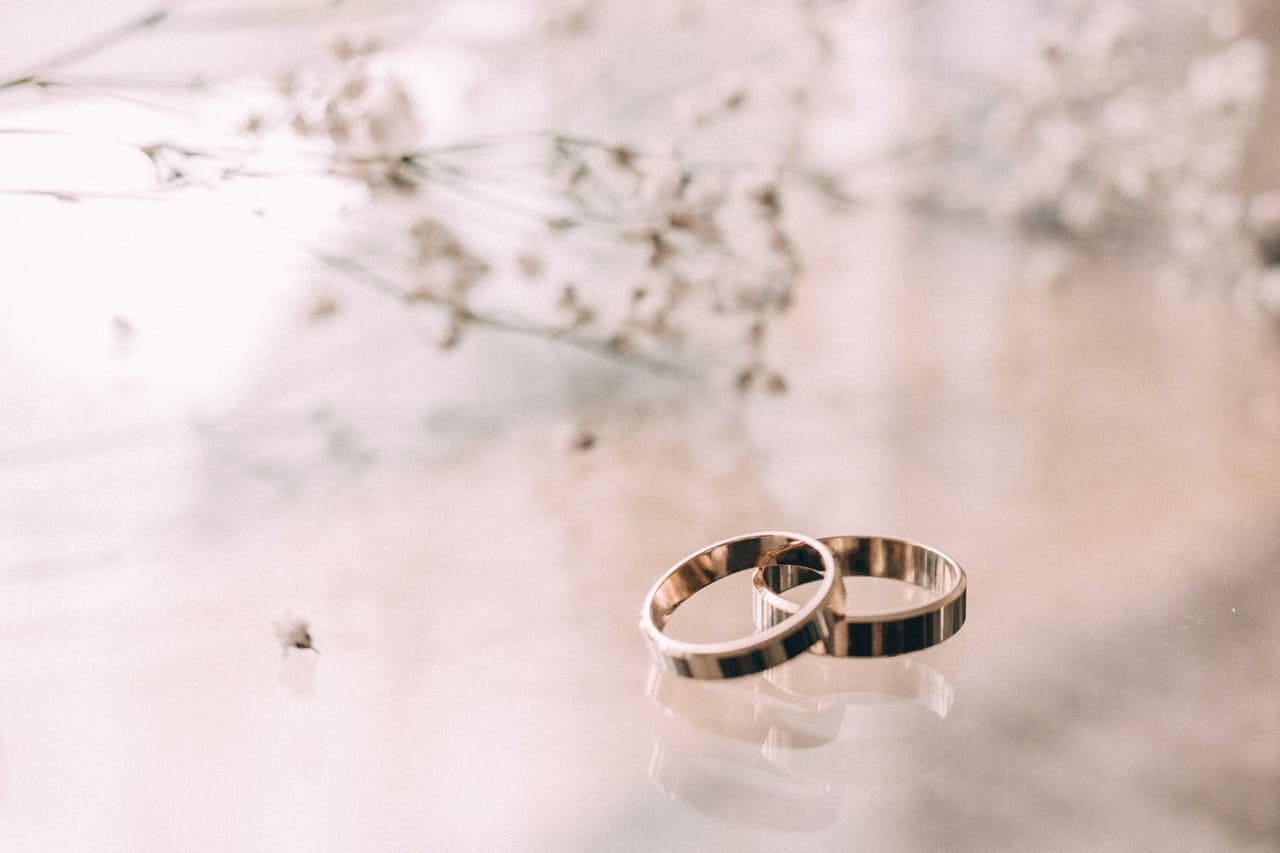 One thing I often hear officiants say is that the bible says that God put the wedding ring into place as a wedding staple to represent an eternal round, which of course represents the everlasting love of the bride and groom and of their God. This certainly made sense, but I thought, “does this really appear in bible?” I couldn’t find anything of sort through my research. Instead, what I did find was that while wedding rings may have been used throughout history, the tradition came into play via 12th century Pope Innocent the Third, who declared that a ring should be worn by brides-to-be between the engagement and the betrothal. The diamond came later came a few hundred years later in Austria, but didn’t really take off until the American 1920s. On top of that, apparently Egyptians believed that the vein of the third finger on the left hand ran straight to the heart, which perhaps was infused into all of this as well. So basically it’s Italian-Austrian-Egyptian-American!

Now, it gets even crazier! A LOT of what we now know as wedding tradition came from what seems like basically everyone wanting to kidnap the bride. Huh? Yeah, that’s right. Kidnap the bride. Strap in for a wild ride.

The Bride on the Left 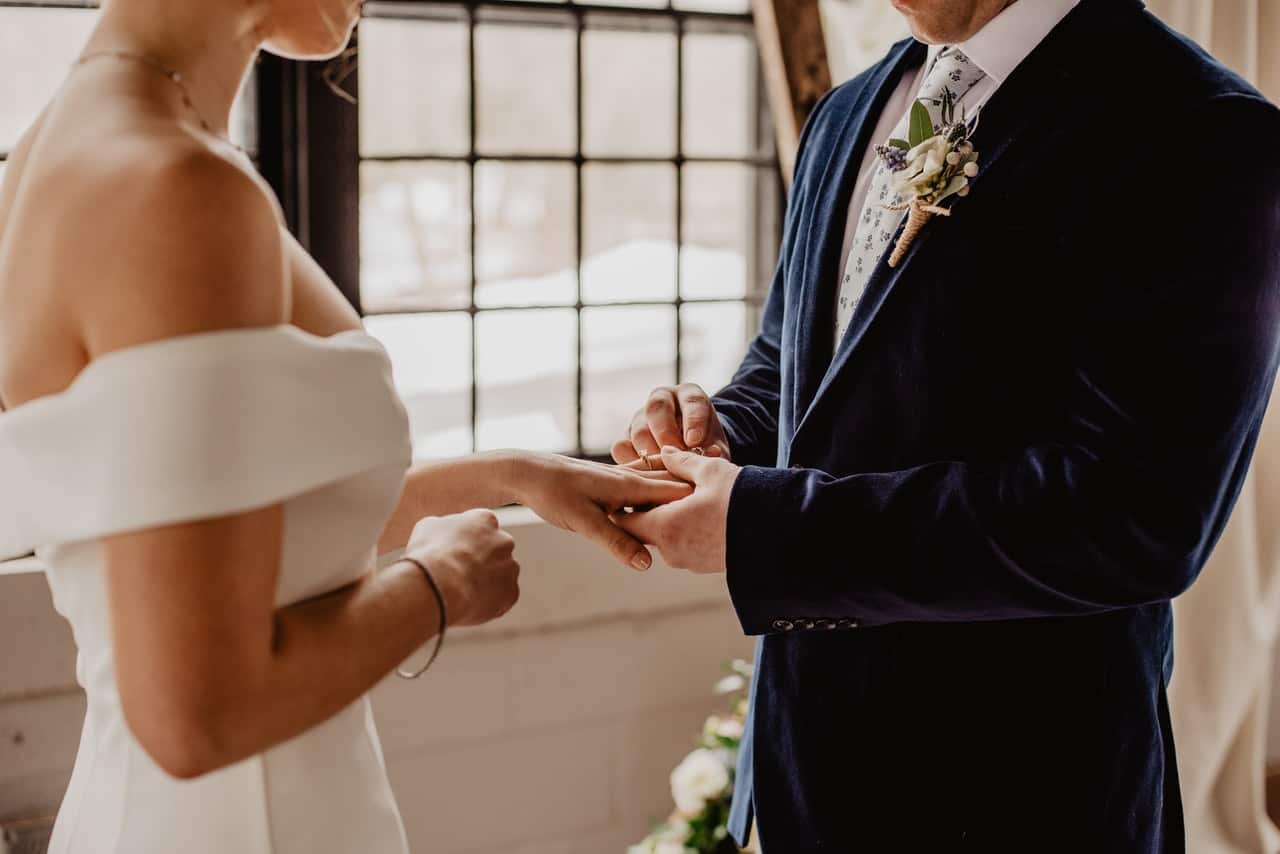 So, back in the Anglo-Saxon days and in early Rome, men would kidnap women to be their brides. This practice wasn’t actually made illegal in England until 1753 and it still happens in some parts of the world. Naturally, the people from whence the bride was kidnapped were not happy and often went, sword in hand, to bring back the women who were kidnapped from them. In some cases, when women weren’t kidnapped, angry disapproving parents and their crew would try to kidnap the bride back. Either way, moral of the story: Back in the day when you were getting married, there were a ton people who were not happy and wanted to stop it at all costs. In the event the bride was found during the wedding and the groom needed to fight them off, his right hand was free to draw his sword. 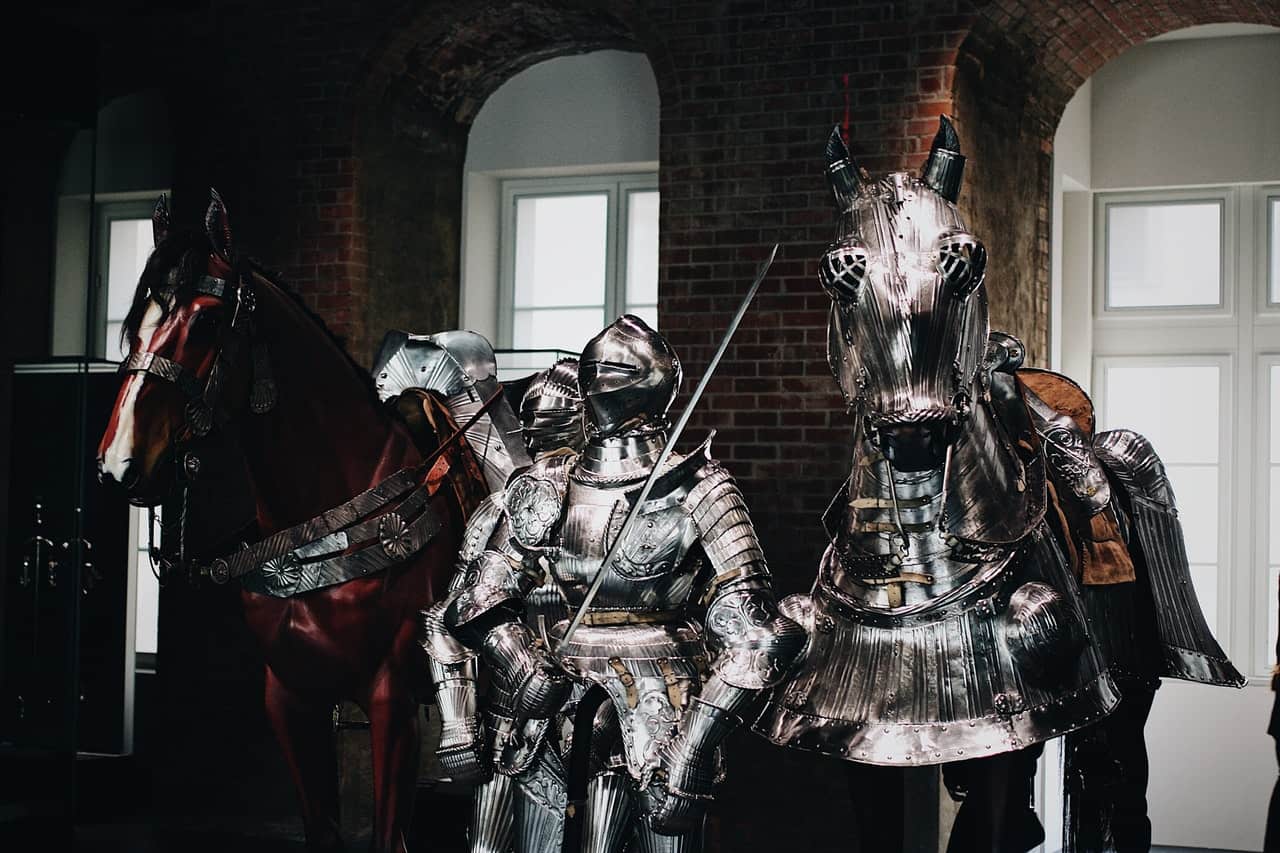 The closest guy to groom in these scenarios would be the last defense before the groom himself in getting to the bride, so necessary skills of this dude weren’t the ability to give a good toast, organize the bachelor party or hold his drinks well. Instead, back then, it was all about physical strength, swordsmanship and the ability to fend off an angry mob. Thus, he was the “Best Man.” Best at defending, killing, fighting, etc. 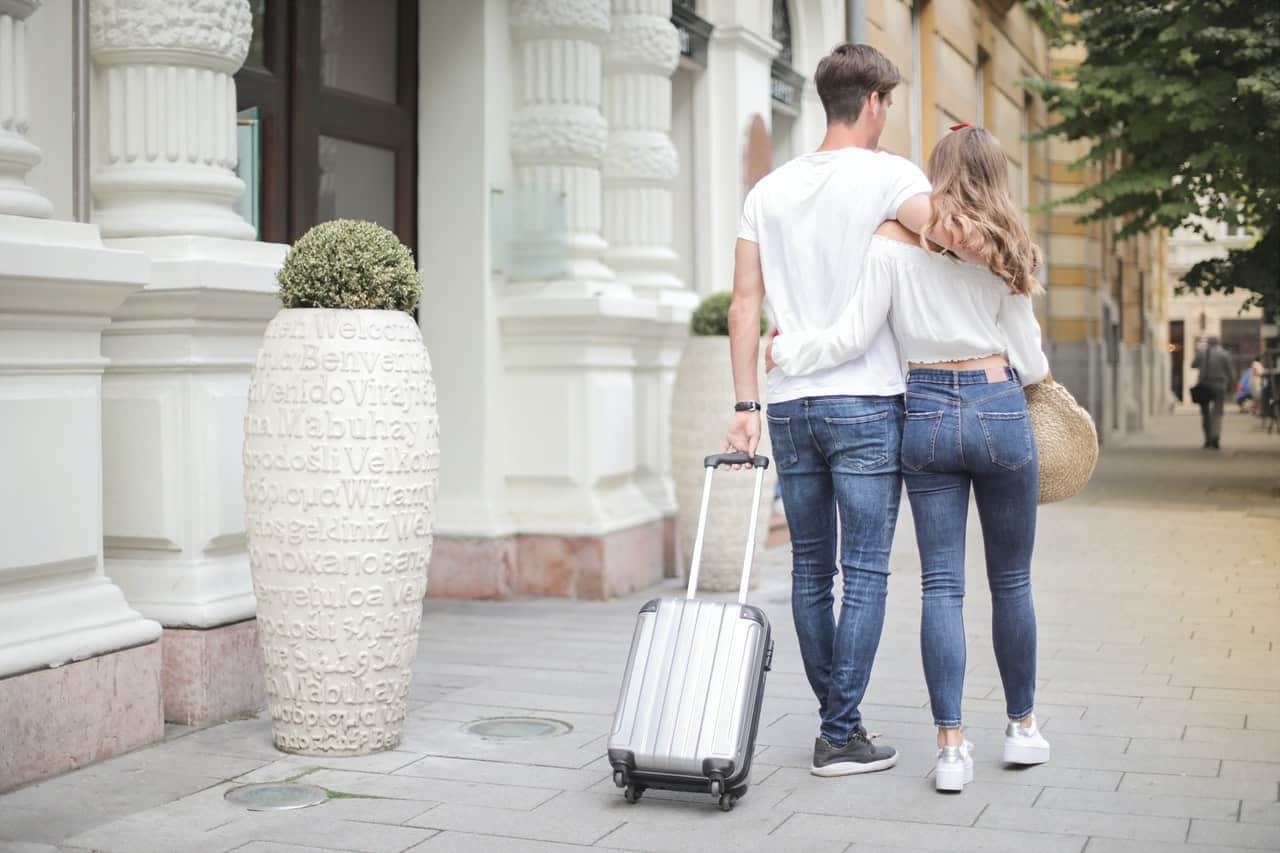 Eventually the kidnapping turned into ritual, and part of the reliving of the “good ole days” was for the groom to take the bride into hiding for 30 days after the wedding. Each day in hiding, a trusted associate or family member would bring the bride and groom some honey wine. After 30 days — or the full phase of a moon — they would have drunk a “honeymoon.” I guess after drinking honey wine for 30 days, it was safe to come home. 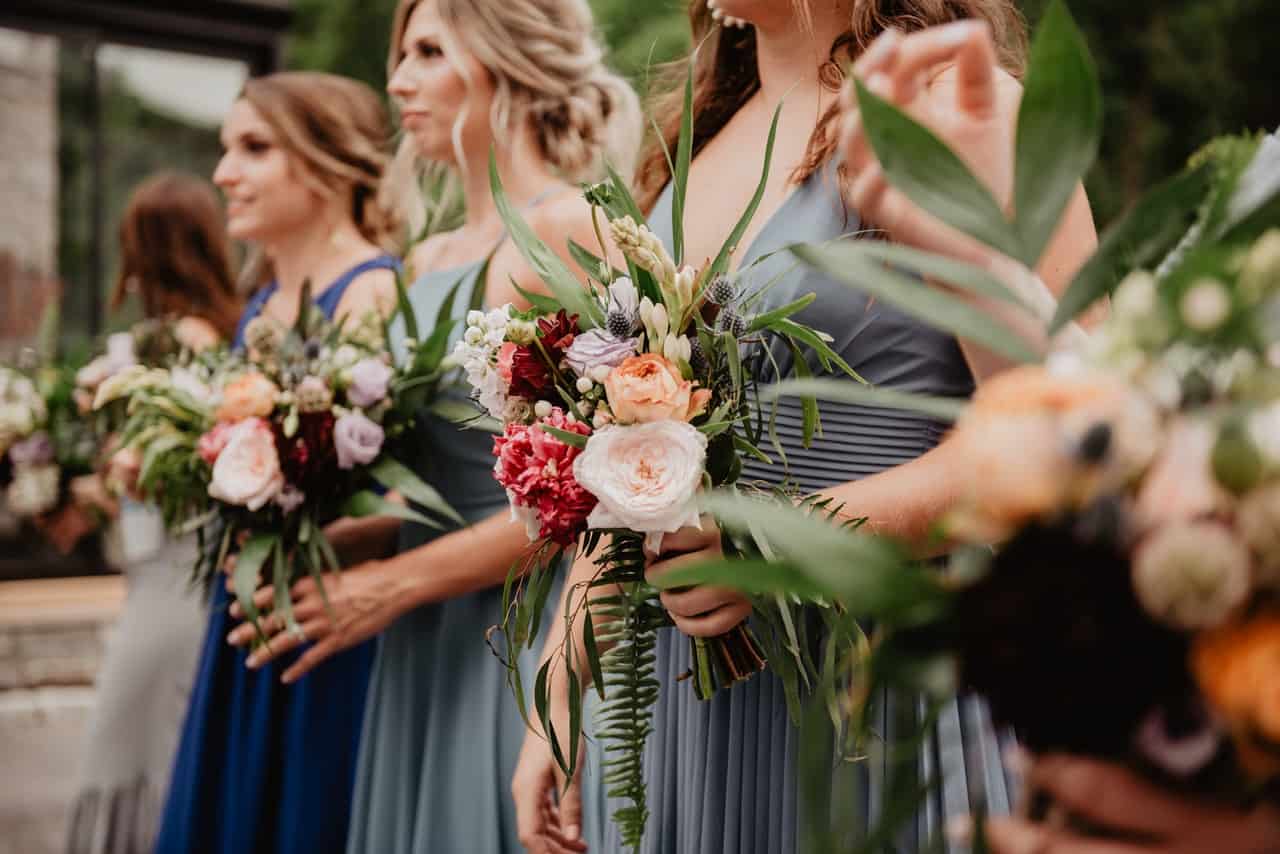 Sometimes, in addition to fending off would-be kidnappers, the other enemy was often evil spirits. Bridesmaids back in ancient Rome dressed identical to brides to basically act as decoys. That way, if the evil spirits wanted to pick off the bride, they would get confused and maybe get bride’s old high school BFF instead. Evil spirits also hated certain colors, so a hated color was chosen and wore by all.

Later, when Queen Victoria made the white wedding dress a thing in 1840 as a result of her own wedding, the bride wore white and the bridesmaid still wore other colors. So, THIS is why bridesmaids tend to wear hideous colors, not at all because (as some falsely claim) the bride wants to look better than the other women at her own wedding.

If you didn’t know about the origins of these wedding traditions, now you know! How’s that for interesting dinner conversation?

We’ve Done It: Check out These 150+ First Dance Song Ideas by Genre 😎

Raise Your Glass: 4 Tips to Crush Your Best Man Toast